From vada pav to vindaloo, Indian restaurants in Chicago are full of variety. Check out our suggestions for the best Indian food to try out in the city. 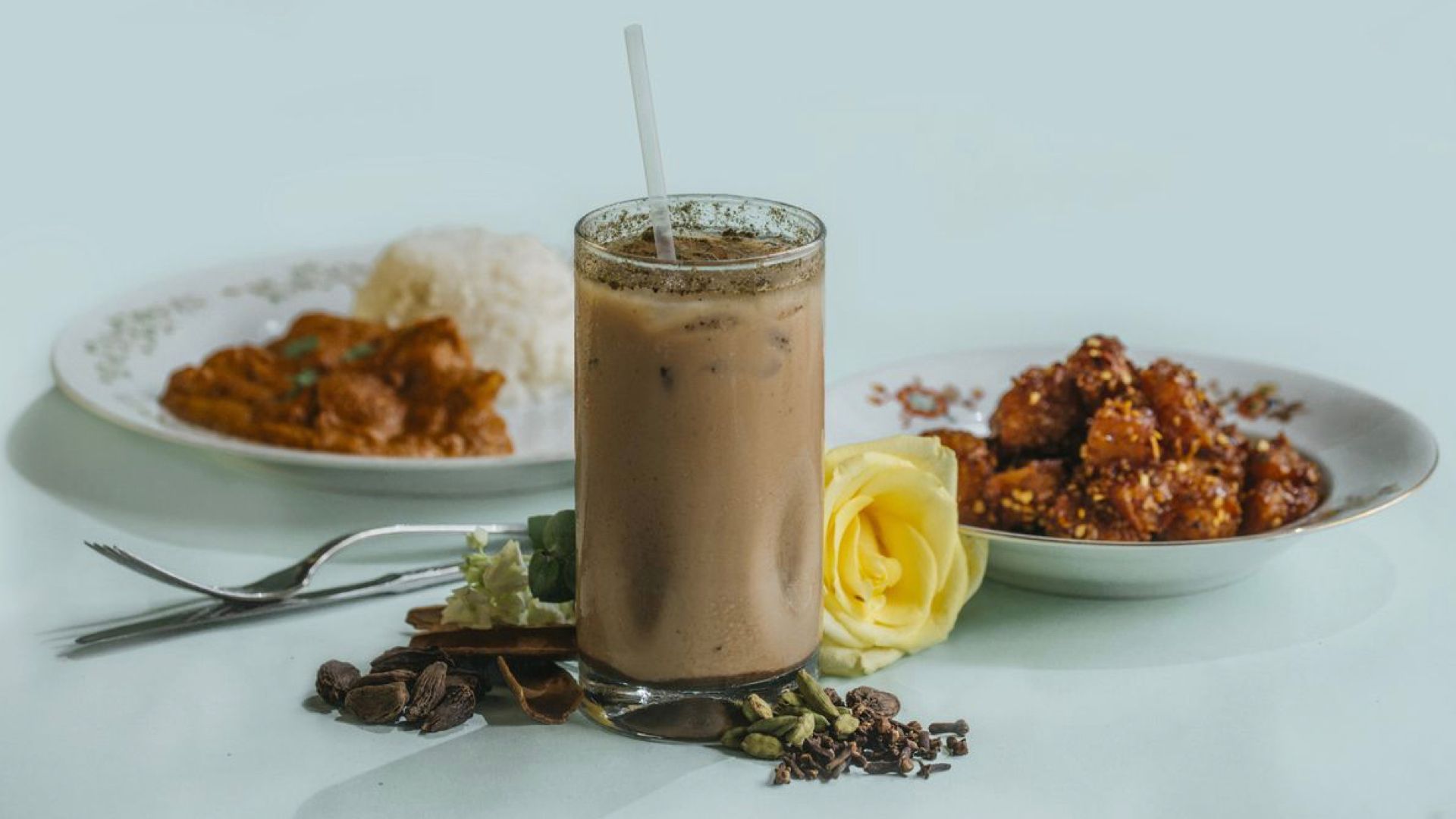 With the third-largest population in the United States, Chicago is known for its magnificent architecture, famous art museums, and of course, Al Capone. Chicago also has the most vibrant and cosmopolitan cuisine, offering dishes from across the world.

Whether you’re job-hunting, sightseeing or simply a long-time resident of the city, the food scene is well worth exploring. With that in mind, we offer our top picks for the best Indian food in Chicago. Be it upscale dining or street fare, we’ve got you covered.

If Helen of Troy was the face that launched a thousand Greek ships, spices are the alluring commodity that brought fleets of Western explorers to Asia. Spices are a boon to our palates and The Spice Room makes full use of them. Here is the perfect opportunity to delve into a unique blend of flavors that will leave your taste buds tingling.

From savory samosas to bingeable biryanis, The Spice Room offers the best North Indian cuisine — both vegetarian and non-vegetarian. Moreover, if you would like to take these flavors home to friends and family, it also offers one of the best catering services in town.

If you’re walking down Devon Street and you detect the unmistakable tantalizing aroma of delicacies frying in coconut oil, you have reached the destination for the best South Indian food in Chicago.

From the crispy paper masala dosa to the iconic sambar-vada duo, this pure vegetarian menu offers authentic dishes from South India. Treat yourself to Udupi’s Ultimate All You Can Eat combo and gorge on dosa and uthappam to your heart’s content, or savor a Mysore royal thali and top it off with some finger-licking madras payasam for dessert.

Best for Those on a Budget: Ghareeb Nawaz

You may have to pick sides in an India-Pakistan cricket match, but food lets you experience the best of both these amazing cultures! Watch the two come together in the tasty Indo-Pakistani cuisine offered by Ghareeb Nawaz.

The menu offers an assortment of vegetarian and non-vegetarian dishes all available for under 10 dollars. Treat yourself to the elaborate veggie thali featuring rice, chapati, 4 types of curry, raita, and more, or delve into a succulent beef dish like the frontier gosht.

With outlets on Devon Street and University Village, it is the ideal spot to grab a budget meal with your friends and get your money’s worth.

Founded and run by Pakistani immigrant Bashir Borzai and his family, Ghareeb Nawaz is yet another Asian-American success story that has made its name in the community by serving some of the best Indian food in Chicago.

Everyone knows a buffet is where you win all your money back (courtesy Joey Tribbiani from Friends), and India House lets you do just that with its elaborate weekend lunch buffet, featuring everything from street fare like bhelpuri and papdi chat to traditional mainstays of Indian cuisine such as naan and tandoori chicken. With its wide array of dishes, this buffet brings together some of the best Indian food in Chicago.

Situated at a prime location in the heart of downtown Chicago, the classy dining rooms and scrumptious food at this establishment are just the right recipes for a smooth business meeting. Or if you’re in the mood to gorge peacefully at the end of a strenuous work week, visit the buffet from Fridays to Sundays, or order online and enjoy!

Featuring Indian and Nepalese cuisine, the Chicago Curry House brings to you flavors from India’s northern borders. From momos (dumplings with spicy fillings) to chicken makhani (butter chicken), they feature an array of dishes to choose from. A variety of curries in each category compete for your attention.

You could go on a curry marathon through the veg, chicken, seafood, and lamb specialties with a Navratan korma, chicken tikka masala, shrimp saag, and a goat chili masala. Or, for a more concise and well-rounded experience, you could try the Combo Dinner For Two — chicken makhani, mutter paneer, and chef’s special tandoori platter served with steamed basmati rice, tandoori naan, and garlic naan.

Who would’ve thought of coming across samosas and gobi manchurian in a British-style pub? Welcome to Pub Royale, the best place to grab a drink and dig into an international menu that features a plethora of the best Indian food in Chicago.

From chaat masala chicken skins to chicken tikka nachos, Pub Royale does not hesitate to experiment. Treat yourself to extremes of flavor by combining the India hot wings with the iced royal chai — that’s house-spiced chai, coconut, oat milk, and a shot of rum.

For burrito lovers, we recommend the tikka rolls. For beverages, you can go with a classic mug of beer or jazz things up with a strawberry turmeric daiquiri.

So, when you’ve got a Friday night to kill, you know where to go!

The humble chai holds an irreplaceable place in Indian cuisine. It’s a day-starter, nerve-soother, and deep-thought-enhancer all packed into one. Visit the Chiya Chai Cafe in Logan Square to sample a variety of teas sourced directly from Indian and Nepal.

While the masala chai is a definite classic and customer favorite, if you’re in the mood for something crazy, go for the raspberry coconut chai or the blueberry lavender chai.

For eats, besides the conventional paani puri and aloo chaat, the cafe specializes in savory pies filled with masala curries. The pork vindaloo — a tangy curry combination of pork and potatoes — is another popular dish on the menu.

Without a doubt, it is the ideal place to catch up with friends over a cup of tea, and treat them to some of the best Indian food in Chicago.

Situated in Huron Street with ‘masala locations’ in Naperville, Burr Ridge, and Addison, Moti Cafe rightly states that it is “bigger than your go-to cafe”. Street food has been an integral part of Indian food culture and Moti Cafe lets you sample the best in Indian street fare with a twist.

Spice up a busy day with a tasty Mumbai-style vada pav break, or grab a bowl of freshly made masala corn. Try out the fusion of naan and nachos in the aptly named naanchos, with toppings of paneer or chicken. Or go for a blend of Mexican and Indian food with tikka tacos.

With a 30-year history of satisfying appetites in Chicago, Annapurna’s tagline ‘Simply Vegetarian’ says it all. From bhindi masala to bombay style dosa, this restaurant is a must-have in your quest for the best Indian food in Chicago.

The special Gujarati thali served with rotis, raita, veggies, pickle and papad and more is sure to quell your hunger pangs, too. Don’t fill up on rice though, because you can’t miss the gajar ka halwa (carrot halwa) with vanilla ice cream combo for dessert!

From lobster to lamb, the Indian Garden has got your non-veg needs covered. The restaurant rightly promises ‘culinary nirvana’ with the best food from Goa to Mumbai.

Starting with the non-vegetarian appetizers: try the chicken kadak reshmi kabab and then move on to the main course with an Indian Garden Special Dinner. The House Special Tandoori Mixed Grill features shrimp, chicken, and kebabs served with rice, naan, and dal makhani.

The menu also offers a number of lamb and chicken entrees that bring back the taste of authentic Mughlai cooking. Be it the tandoori chicken salad or the chef’s special lobster curry, The Indian Garden definitely knows how to dish it up in style.

This concludes our picks for the best Indian food in Chicago. So, the next time you’re in Chicago and craving Indian food, we hope this list will be the recipe for a wonderful culinary exploration! 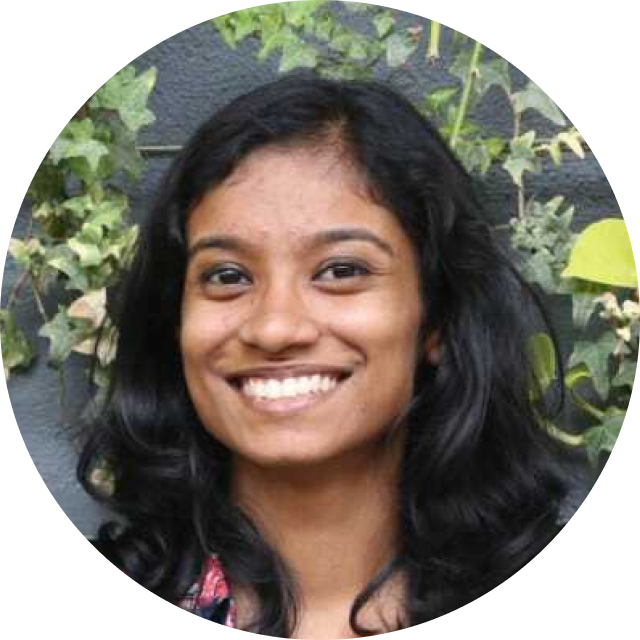 Joann is a freelance content creator and copywriter with a passion for words and a weakness for books. She is usually found taking apart her favorite TV shows or relaxing with a P.G. Wodehouse novel.